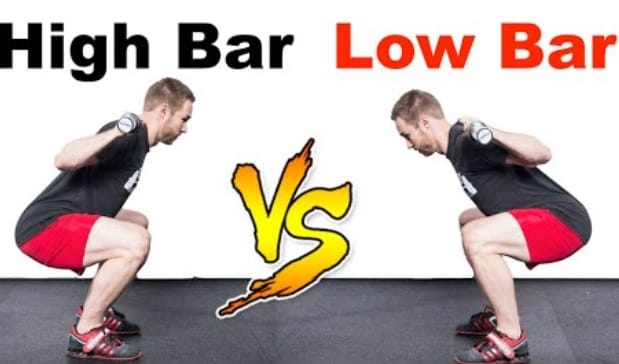 The Back Squat is a fundamental movement for building strength in our legs. It is one of the most difficult exercises out there because it requires physical and mental effort to get under the bar. The form of the Back Squat is hard to master and this is probably the reason why we see so many scared trainees that think squatting is bad for their backs.

Remember that ugly form is what is bad for your back. Performing a perfect deep squat to the ground with your core tight can only benefit your posture and make you stronger. Today, we are investigating further into everything you should know about the two variations of the Back Squat.

What is the difference between High and Low Bar Squat?

While the two types of squat may look almost identical to a novice, there is a big difference between them.

This means two things when we perform a High Bar Squat:

Which one is more efficient? 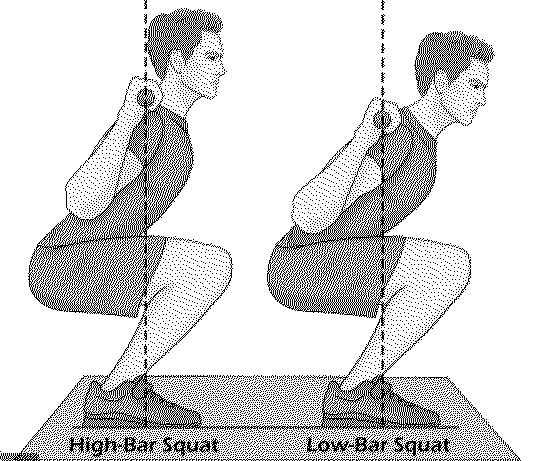 Efficient is a subjective term. You can build muscle mass in your body with either variation. As you have learned from the previous paragraph, the difference is in the main muscles involved. If your primary goal is to build strength and add as many kilos to the bar as possible, then the Low Bar Squat is the way to go.

The High Bar Squat has a bigger range of motion and puts less pressure on your erectors. If your goal is general hypertrophy and strength, or you are training the Olympic movements, then the High Bar Squat might be the best option for you. One of the “cons” of the High Bar Squat is that you squat less, compared to the Low Bar Squat.

To make it easier for you:

With “1” being the primary target and “2” being the secondary target without excluding the first. You may already have learned this but let’s explain…

Which One Is Safer?

At the beginning of this article, we mentioned that a perfectly performed squat can only benefit you. In general, the Low Bar Squat puts more pressure on our lower back and this may be a reason someone can mark it as “unsafe”. The High Bar Squat is our go-to variation if you want to progress significantly fast and put less stress on your erectors.

Both High Bar and Low Bar Squat can be implemented in your training program. They can both be used as primary leg movements and also as assisting ones. Use them wisely, according to your goals. Thank you for reading this article and now, get under the bar!

See also  How To Make Your Workouts More Effective