Know Your Anatomy _ Abs VS Core 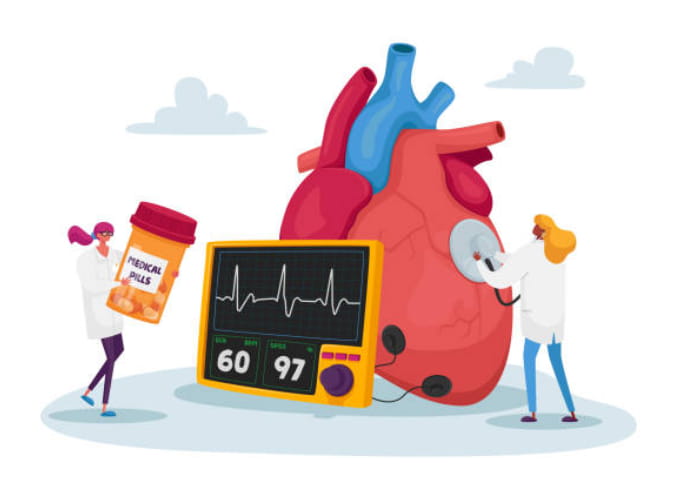 Know Your Anatomy | Abs VS Core

Getting six pack abs is perhaps one of the most common goals that trainees are looking after.

However, the six-pack is just one of the components of your abdominal musculature so it is a good idea to learn how to differentiate between the six-pack and the core.

In knowing the differences between the two, you will be able to create a much stronger core, overall.

This article is dedicated specifically to explaining the differences between the two, so let’s get to it! 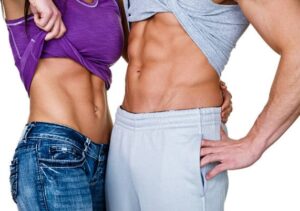 It is a fact that a well-chiseled set of abs can make or break your physique, as it makes up a large portion of the front side of your torso.

The six-pack is technically 1 single muscle, called the “Rectus abdominis” and its main function is to move the body between the ribcage and the pelvis.

This muscle is targeted when you do exercises that make you curl your torso, or lift your legs/knees up.

Now, oppositely, the CORE is a group of muscles and as a matter of fact, the rectus abdominis is a part of your core.

Certainly, because of the fact that the core is a bunch of different muscle groups, it has plenty of important functions, including but not limited to:

What Is The Core Made Of?

Alright so now you learned the basic difference between the six-pack and the core – The six-pack is a part of the core, which serves a variety of different functions.

So now you know the difference: The abs are a single muscle group, while the core is a set of muscles that includes the abs.

The abs, obliques, mid and lower back, and glutes are the main core muscles.

Try to feel your core engaging the next time you do a gym exercise like cable triceps pushdowns.

When it does, it is stabilizing the movement and helping you to remain in a static, upright position.

Unlike the abs, which serve only one function, the core is much more versatile.

To say the least, the core contains muscles that are deep and, for most trainees, unknown or ignored.

They are ignored often, because most people just focus on the superficial abdominal musculature (the six-pack).

And though the six-pack looks cool, you must not ignore the other components of your core musculature, as they will help you perform better overall.

Athletes who focus on the heart are much more stable and healthy during dynamic physical activity than those who only exercise their “six-pack.”

Furthermore, having a solid core is a great way to avoid certain injuries that are due to underdeveloped core musculature.

How To Train Your Core 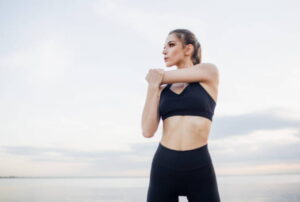 This article was written for the sole purpose of instilling in you the belief that your mid-section is much more than a good-looking six-pack.

The six-pack is just one of the components of your core musculature, meaning that you should focus on that… And more!

Besides training the six-pack, you should also target the lower back, obliques, glutes and inner abdominal muscles.

In doing so, you will not only develop a good-looking set of abs, but also a functional core that will help you with every other exercise, as well as your overall athletic performance.

Now here are our best picks for exercises which you can use to target the six-pack and the core.

You can include this in your regular training routine, but make sure that you are not doing them the day before heavy compound movements like squats and deadlifts, as this may compromise your performance and stability on those exercises.

The crunch is the most famous abs exercise and even though many people dismiss it, it can be a viable tool for six-pack development.

One of the best variations is the floor crunch, during which you only flex the abs, without getting your torso completely off of the ground.

This allows for a strong, prominent contraction, which will inevitably bring better development of your abs. 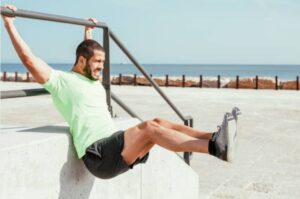 The hanging leg raise is another great abs and core exercise, which can help you strengthen your six-pack and other stabilizing muscle groups.

The tricky thing with this exercise is getting into a rhythm, without swinging the torso out of control.

This is only possible with a greater activation of the stabilizing core muscles, making it an overall perfect core exercise.

If this exercise is too hard for you, you can do a hanging knee raise, where instead of lifting your legs straight, you only lift the knees up towards the chest.

As we mentioned, the six-pack is just a part of your core and on its sides, you can find the obliques.

A well-developed set of obliques gives a complete look of the midsection and one of the best exercises to target them is the twisted hanging leg raise.

This is essentially the same as a hanging leg raise… But with a twist!

By twisting the legs to the side during the raise, you allow for good oblique activation, making it a perfect exercise to get totally chiseled obliques!

So far, all 3 exercises are dynamically involving, meaning that there is a phase of contraction and then relaxation.

Truth is however, that the core and the abs not only provide for dynamic strength, but also static such.

If done right, the plank can be a great tool to develop static strength, which in turn will help you not only have better-looking abs, but also, a more stabilized and balanced core overall.

Usually, most people train abs because they want a better-looking midsection and waist.

Well, though it is not a very common exercise, the stomach vacuum is a thing you can do to make your waist smaller and tighter.

Besides that, it also engages the inner abs musculature, making it a perfect exercise for overall stability and abdominal control.

The exercise is simple – Take a deep breath, exhale slowly while flexing the abs, then suck your stomach in and straighten the torso.

Once you do that, you can either hold the vacuum statically or play around with the abdominal muscles and flex them.

This exercise is best done on an empty stomach and you should get into it gradually, because if you are not used to this type of flexion, you might trigger your gag reflex.

Think of your core as the foundation of your body, which helps during most movements and especially more dynamic, athletic types of activity.

Diversify from the thousands of crunches and include exercises like side twists, leg raises, hyperextensions for the lower back and even stomach vacuums!

Do all this and you will improve your core much more than you thought possible! 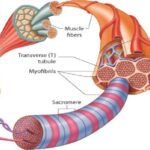 what is muscle memory and how does it work 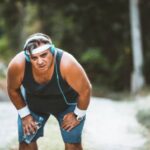 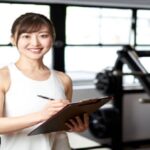 Why you SHOULD hire a personal trainer 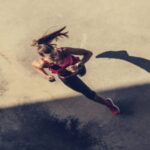