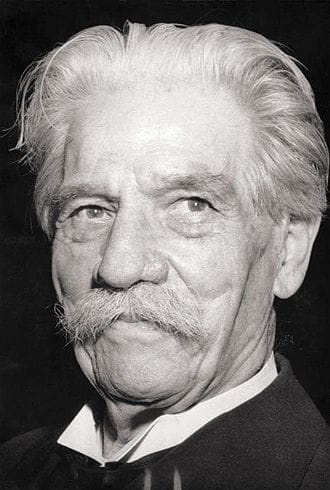 A Man With Many Talents

People overall are extremely talented and capable. We can do multiple things and constantly improve them just because it makes us feel good. This man is a great example of how a person can achieve a lot in a lifetime if he sets his mind to it. Here is the story of Albert Schweitzer.

Albert Schweitzer was born in 1875 in Alsace, France, and grew up there. His father was a pastor in the local church, which was the place of worship both for Protestants and Catholics. That’s why he adopted the view that Christianity as a whole should support both types of faith and try to unite them.

His love for music is also rooted around this church – he started playing the organ when he was just ten years old. As he grew up, he started loving music more and more, but his main interest kept on being religion. He obtained a theology degree at the University of Strasbourg with a PhD dissertation on “The Religious Philosophy Of Kant.”

He continued to study the piano throughout his youth and managed to visit the Bayreuth Festival, which was dedicated to one of his favorite composers – Richard Wagner. At the age of 30, he started studying medicine in order to obtain a degree and be allowed to work as a physician.

Soon after he took his final exams, he married Helene Bresslau, and both of them moved to Africa to work. They came back to France during the First World War, and then he returned alone to Gabon to finish building his hospital. When he came back to Europe, he started writing his most precious work – “the Reverence for life.”

In his personal life, things changed a lot as well. He had a daughter, and the entire family moved to Germany. After many more but smaller adventures, the family settled there. He died in his own hospital in Gabon in 1965. After his death, his house in Germany became a museum. 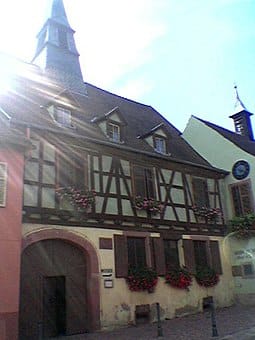 Albert Schweitzer published two books regarding religion. The first one (which established his reputation) was about how people see Jesus. In that book, he argues that most religious people view Christ too romantically, which was not the original purpose. He believes that Jesus and his followers should be seen for their hardships and realism, not for their divinity.

The second book was also controversial. Its main purpose is to distinguish two sorts of mysticism – primitive and developed. For the author, primitive mysticism is one which cannot make sense of the universal or eternal. In contrast, a developed mysticism sheds light not only on these monumental topics but also on our relationship with them. 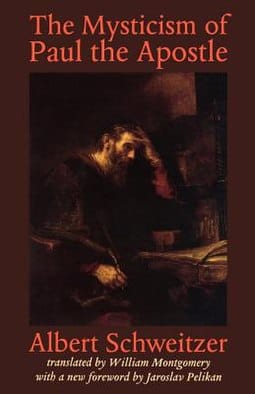 Albert was the pioneer regarding a few things connected with music.

He was the first to interpret Bach’s music with symbols and pictures which gave the start of a new understanding and teaching of Bach’s art in general. This opened the doors for Schweitzer and his dear friend Widor to co-find the Paris Bach Society. In later years he was asked to play as the organist in Spain, and he regularly performed in Paris.

He was also the first to propose mixing the German and French versions of the organ (they have different pipe systems) and to later have this improved version built. The musician even received his very own pedal piano – an instrument resembling the organ in sound.

After obtaining his medical degree, Albert and his wife moved to Gabon, Africa, and established their very own hospital. In the first 9 months alone, they took care of more than 2000 patients, some of which traveled for days to reach the location. They built their first actual building just before World War I broke out but had to leave it behind and return to France.

After taking care of his health Albert came back, this time without his wife, to finish what he started. Although everything was decayed and a lot of patients needed looking after, he and the locals managed to rebuild everything. Not only that, new hospital wings were added, and a secure medical team was assembled. After three years of incredibly hard work, Schweitzer returned to his wife, leaving behind a fully functioning hospital.

This is the work of the author for which he received a Nobel Peace Prize in 1952. In it, he explains his visions on philosophy. For him, the reality is objectively neutral – it holds no faith. Ethics then should be humankind’s responsibility. He sees every single person as responsible for his or her own faith and worldview.

According to him, respect for others was a natural phenomenon.  Albert believed that the will for life is innate, and love is both an evolutionary necessity and a spiritual idea. He also connects this belief to that of Buddhists.

Albert Schweitzer was a very interesting man that led a fascinating life. He was an avid pianist, a theologian, and a philosopher. His life was filled with hardships, but he got through them all thanks to his way of thinking. We believe that he is a source of inspiration, if not for his specific talents, for his dedication.